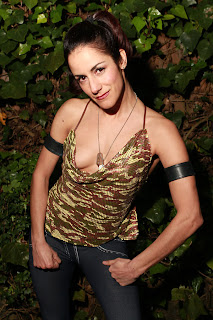 It’s a known fact that gays do everything right. Like a law of the universe.
As long as I’m with my gays, I know I’m in the right place. But maybe we make it look too easy to do everything right. A lot of the time, we’re victims of our own success.
I’ve been thinking a lot lately about the Gay Cycle of Success. The one in which the gender-fucking outcasts build themselves a glittery ghetto where they can feel safe and free. Then the fearless fabulosity of it all starts attracting the hipsters and edgy artists. Mainstreaming and gentrification begin. Sooner or later, everyone wants a piece of our puff pastry, and eventually the curious gawkers start acting like they own the place.
Halloween in the Castro comes to mind. What was once a glamorous gayborhood gathering exploded into mindless thuggery, and now it’s just a distant memory. And look what just happened to Pink Saturday. A celebration and affirmation of our community unraveled in the streets, senselessly, and likely will never be the same.
Instead of empowering our community, these events got overpowered, and the loss is palpable.
I hope that’s not the inevitable path of Up Your Alley. Like the street fair itself, I’m getting up there in the years, and I remember when it really was a dirty circle jerk in the alley, with no corporate sponsors or sound stages. It made me proud to be the only girl who would dare show up.
But it’s hard to keep a good thing to ourselves, and building community is ultimately vital and important, even if it’s not always pretty or pure.
I’m doing my best to embrace the political and social victory that results in our beautiful little rituals growing larger than life. And I’m trying not to hate on people who are late to the party. Intention and awareness is what matters, and as much as we love our San Fransexual bubble, acceptance doesn’t happen in a vacuum.
Here’s hoping some of you will still find some nooks and crannies to be extra-obscene at Up Your Alley, keeping it real and showing the rookies how it’s done when it’s done just right.
Here’s where I’ll be bringing it and getting dirty…
Friday, July 16
GhettoDisco with DJs Wayne G, Moto Blanco & Hawthorne
“Hags in the House” night celebrates the Original Fag Hag’s birthday
With Suzan Revah & Joanna Parks as your gogo hags
11pm-11am at Endup, 6th & Harrison Streets, Free before midnight
Saturday, July 17
Art Show: The Works of Keith Gaspari
With interpretive drag performances, installation art and more
5pm-10pm at The Cat Club, 1190 Folsom Street, $5 suggested donation
AND
Wet and Wild with DJs David Harness & Dr. Proctor
Wear your best nautical outfit
1151 Folsom Street, $3 before 10:30/$8 after
Friday, July 23
Full Throttle: A Dark and Sexy Fetish & Fantasy Experience
With DJs Craig Gaibler, Frank Wild, Hawthorne, James Torres & Don Tix
8pm-11am at Endup, 6 & Harrison Streets, $25/$35 or $20 after 2am
Saturday, July 24
Bay of Pigs with DJ Ted Eiel
10pm-4am at 525 Harrison Street, $30
Sunday, July 25
Up Your Alley
11am-6pm, on Dore Alley & Folsom Street
Stop by the REAL BAD booth and get tattooed by hot leathermen!
AND
PLAY T-Dance: Dirty Alley with DJ Joe Gauthreaux
Flirt. Frolic. Dance. (Recommended Gear: Blue Collar Grunge)
5pm-midnight at DNA Lounge, 375 11th Street, $20/$30/$35
www.playtdance.com
Posted by Original Fag Hag at 11:23 AM No comments:

In response to Leba Hertz's request in the June 20 Pink for local lesbian, gay, bisexual, transgender heroes, I'd like to tell you about one of my best friends. Suzan Revah has become a force of nature in San Francisco's LGBT community. From humble beginnings offering a weekly "Cruise Director Alert" e-mail to keep her several hundred closest friends up to date on the best dance venues, drag performances and other LGBT events, Suzan has become a local celebrity who knows how to find - or make - a good time.
Suzan has a penchant for performance, and she makes appearances on a regular basis at dance parties and other venues all over San Francisco, both as a go-go dancer and as a drag persona. Suzan prefers not to think of herself as straight but rather as a gay man trapped in a woman's body. She does her best to prove that assertion to everyone she meets.

Suzan is involved in many community charity efforts and currently produces a monthly fundraiser party for AIDS Emergency Fund called Nasty at the Powerhouse bar South of Market. Suzan is also part of the Real Bad XXII Working Group, supporting the production of the final dance party of Folsom Week, 7 p.m. Sept. 26 at Club 1015, 1015 Folsom St., San Francisco. (Tickets start at $80.) Real Bad is also a fundraiser, earning more than $150,000 annually for nonprofits that will be named later this year.
Suzan also offers support and love to the community through two Web sites: www.originalfaghag.com and www.lovemygays.com.

In San Francisco, given just how big the rainbow is, it may seem a little cliche to say that the LGBT community needs its straight allies, but from my point of view, and that of my many friends who love Suzan as I do, we are immeasurably enriched by her many contributions to our lives and the LGBT community in San Francisco.
Troy Arnold, San Francisco
Posted by Original Fag Hag at 7:28 PM No comments: